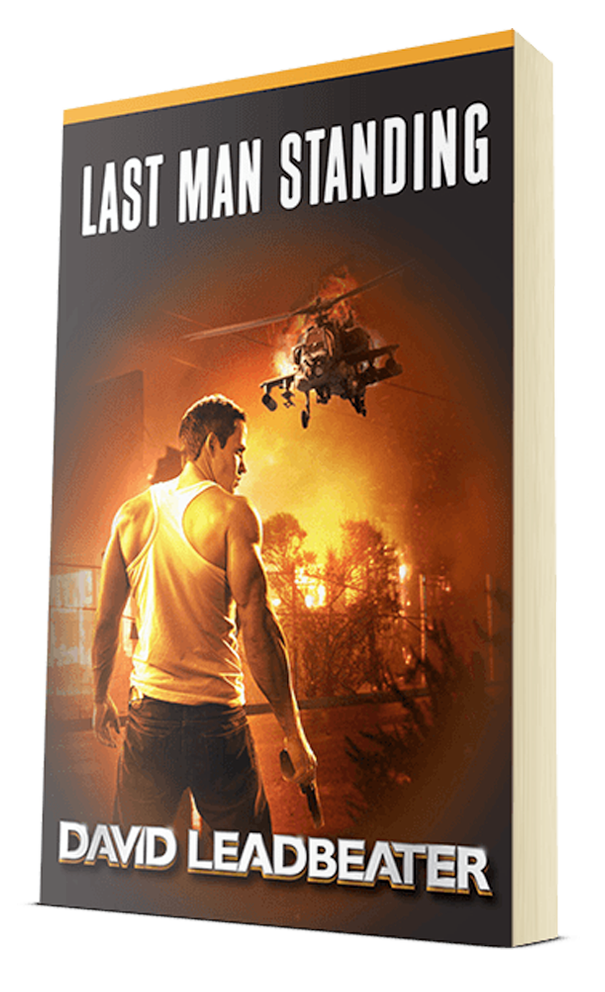 Last Man Standing (Matt Drake 8) picks up where Blood Vengeance left off, with most of the book taking place over a twenty-four hour span. Drake, Mai, Dahl and Alicia find themselves pitted against eight of the deadliest assassins on the planet – forced into an extreme tournament where just one can make it out alive.

Only Matt Drake’s greatest nemesis – Coyote – knows all the rules, and nothing will stop her from destroying everything he loves. Not the destruction of the unwitting town that hosts the tournament, not the demolition in combat of its biggest hotel, not the battle that rages on the edge of town. Amidst the annihilation of the Ninth Division and the emergence of the Pythians as a significant enemy, Drake and the team must fight for their lives against not only their deadliest foe, but an army of mercenaries and each other, to determine who will be. . .
. . .the Last Man Standing.