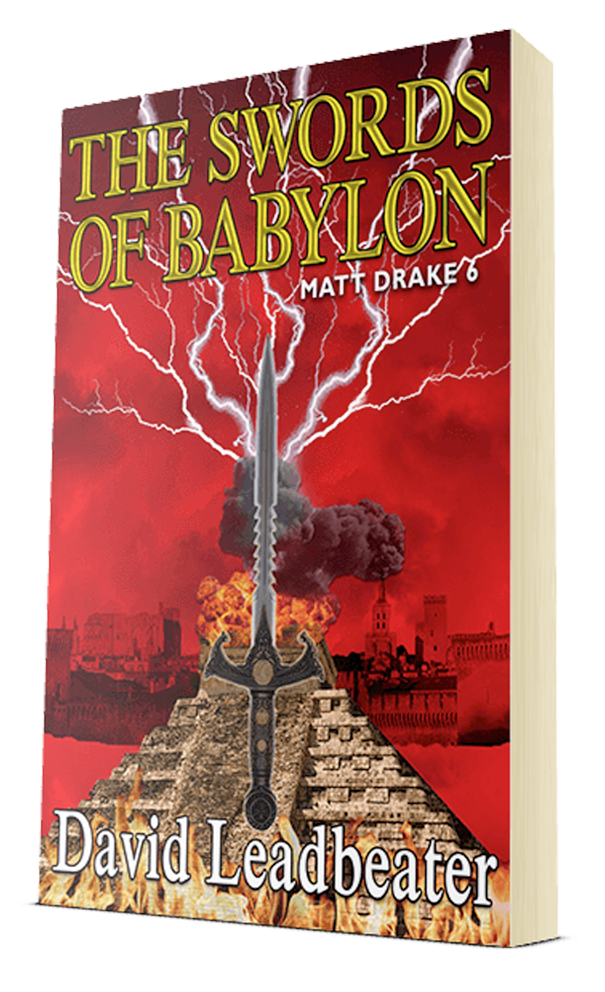 The Swords of Babylon

Book 6 in the Matt Drake series. These books should be read in the correct order.

A last stand is coming – a battle of battles.

Matt Drake and the SPEAR team return in a brand new action-packed adventure!

When Drake is captured and sent to a remote Russian prison, little does he know that the last remaining member of the Shadow Elite has already set in motion a reckless, uncompromising plan to control or destroy all life on Earth.

The battle for the survival of the human race begins in ancient Babylon, where Alexander the Great discovered and warned of a second way to activate Odin’s doomsday device. His solution was to forge seven swords of Babylon and connect them to the Tower of Babel. Drake's team enter a deadly race to find and discover how to use these swords to combat the catastrophically powerful weapon of the gods before it's too late. If they fail and the doomsday device is activated, the world will burn.

Through high camaraderie, betrayal, and endless twists and turns, the team launch a rescue attempt for Drake, then face skirmishes in Russia’s Red Square, and fights among the ruins of Babylon until they come to a final desperate battle where all three tombs and the darkest black hole in existence – the ancient Pit of Babylon – have to be assaulted simultaneously.

The fate of the world hangs in the balance.