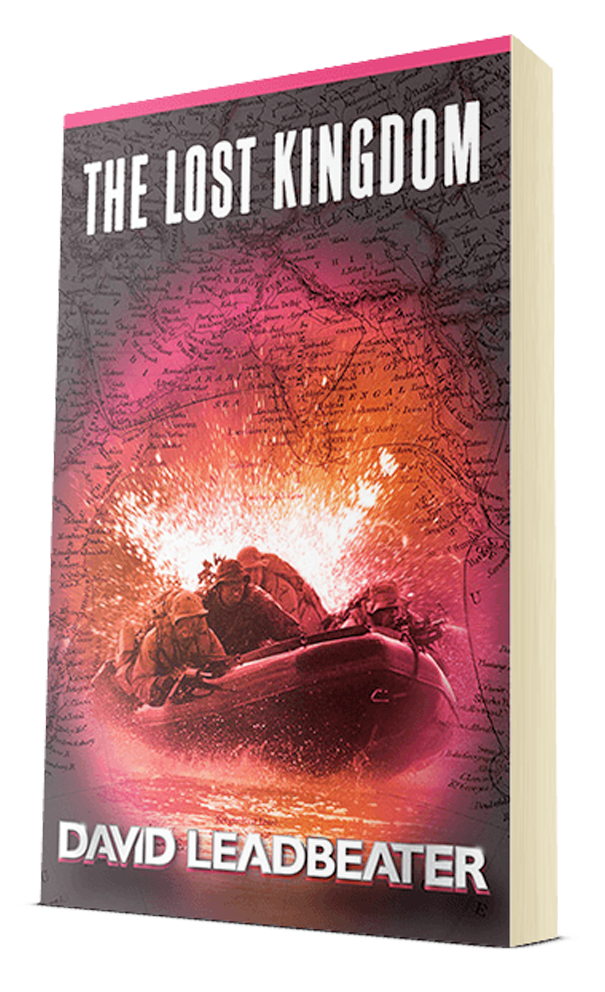 The Lost Kingdom is the latest in the breathtaking Matt Drake series, packed with enough action to keep you reading long into the night. These books should be read in the correct order.

In 1945 China’s greatest treasure, the ancient fossilised remains of the Peking Man, disappeared, last known location: Singapore. At the same time a US submarine torpedoed and destroyed a Japanese sub, the Awa Maru, even though it was sailing as a hospital ship and carrying billions of dollars of gold and other strategic valuables.

Now, a secret mountain vault and the Smithsonian archives are being raided by a crazy Irish gang known as the 27 Club, working for a powerful global secret enemy. Ancient treasures are stolen, including the indecipherable Niven Tablets, once thought to show the way to a lost kingdom even greater than Atlantis.

Matt Drake and his team are beset on two fronts. Desperate, he races with Torsten Dahl and Alicia Myles to Japan as the deadly Yakuza organisation is hours away from executing Mai Kitano—a heroic, last-ditch rescue attempt their only chance.

With the quest for the Lost Kingdom underway, and the Chinese government being blackmailed for a cutting edge, all-empowering hacking device that could bring the civilised world to its knees, the entire SPEAR team, the Yakuza and the 27 Club finally stand ready to meet on the top floor of a wealthy hotel in Hong Kong in a battle that could bring the world to its knees. The latest Matt Drake adventure and its overpowering finale guarantees you will lose sleep!